Hand-wound watches are the archetypes of mechanical timepiece. Also known as manual watches, they require winding by the wearer to function. Usually this means winding the crown on a regular basis—which manual watch enthusiasts appreciate as a moment of calm in an otherwise hectic daily schedule. These hand-wound timepieces may be simple to use, but there are still plenty of things to learn. We’ve listed some of the most important points to know below.

When the crown is wound, it sets a series of cog wheels (namely the crown wheel and the ratchet wheel) into motion. These transfer energy from the watch’s crown to its mainspring. The wound spring then slowly unwinds again, releasing energy to power the watch. This is where the escapement comes into play. This essential component controls this release of energy—and here’s how:
The mainspring first stores the energy, which is then transmitted to the escape wheel via the gear train. As the balance moves back and forth, the energy is transferred from the escape wheel to the pallet and from there to the balance. In other words, the escapement regulates the release of energy for consistent timekeeping. This is what gives mechanical timepieces their characteristic tick-tock!

This type of mechanical caliber was first developed back in the 17th century in Europe, with automatic movements being developed later. Until the 1830s, a key was required to wind manual watches, which had the same function as a modern-day crown.

To wind or not to wind? Find the perfect hand-wound watch online with our watchfinder. This handy guide helps to filter our models quickly and easily according to your taste. Pick your preferred size, shape, color, and complication—then click through the results to discover your new favorite watch.

A few key questions to ask when buying a hand-wound manual watch:

Hand-wound watches require manual winding to function, while automatic watches are usually wound by being worn on the wrist. Then the rotor in the watch’s caliber takes care of the winding instead.

Our three top tips are as follows:

That depends on its power reserve. Hand-wound watches typically have a power reserve that lasts somewhere between 24 and 56 hours. Once fully wound, most manual timepieces from NOMOS Glashütte have a power reserve of 43 hours (or 42 hours, if the watch has a date function). For this reason, winding once a day will ensure that your watch keeps ticking—and that it will keep going, even if you forget it every now and then.

Theoretically—as long as you like. Eventually the watch will run out of energy and stop ticking until the wearer decides to wind it again. This causes no harm to the mechanical movement within. That said, if you would like to make sure that your hand-wound watch keeps ticking continuously, it should be wound before the power reserve runs out. How long that is depends on the type of watch and brand you own. We recommend winding it daily, as most manual timepieces from NOMOS Glashütte have a power reserve of 43 hours (or 42 hours, if it has a date function) once fully wound.

While it is not impossible to overwind a hand-wound watch, thankfully this issue is rare. As a manual timepiece is being wound, at some point the crown hits a clear point of resistance. It is difficult to wind the watch beyond this point without applying force. This resistance comes from the mainspring. As long as it is in good condition, the mainspring and the rest of the watch’s winding mechanism will easily withstand the pressure applied by the wearer turning the crown.

You will feel a clear point of resistance when the crown cannot be turned any further. This means that a manual timepiece is fully wound. That said, hand-wound watches do not need to be fully wound to work—a few turns of the crown should be enough to get them ticking. After that, winding the crown stores energy for the hours to come. If the watch is fully depleted of energy, it will take more turns of the crown to wind it fully. Once the point of resistance is reached, the watch will be ticking for its full hours of power reserve.

Strictly speaking, watches are no longer essential. There are other ways to tell the time these days. By selecting a manual timepiece, you are choosing a piece of watchmaking heritage for your wrist—and making a clear statement about your values. To wear a hand-wound watch is to appreciate fine mechanical craftsmanship, especially if you choose one with a sapphire crystal glass back. This puts the intricate hand-wound caliber within on display.

On a more practical level, manual timepieces also tend to be thinner and so sit better on the wrist. This is because the manual movements lack a winding rotor, which often adds height to the watch.

Hand-wound and automatic watches are equivalent in terms of accuracy. When it comes to functionality, therefore, it would not be correct to say that either type of mechanical watch is better. However, some wearers do have a clear preference for one type of watch over the other. Some watch wearers appreciate having a timepiece that can wind itself—which is one less thing to think about. Others enjoy the daily ritual of winding their manual watch.

There is a wide range of options on the market today—in different sizes and colors, with various complications and dial designs. It can be hard to know where to start, which is why we have created a watchfinder to help you pick your next timepiece from NOMOS Glashütte. In general, the size of the watch is decisive, and it should be proportional to your wrist. To find out the best size for you, it is important to know your wrist size—which can be checked using a tape measure. For the best fit, the dial diameter should be significantly smaller (at least around 10 mm) than the width of your wrist. However, the case also plays an important part: For that reason, we try to show as many pictures of the watch on different wrist sizes as possible.

Admittedly, it's hard for us to choose—but we’ve managed to curate a small selection of our hand-wound tool watches, hand-wound dress watches for men and hand-wound watches for women below. Even though we have much more to offer, of course. Like all our timepieces, these are developed and produced in Glashütte, Germany. 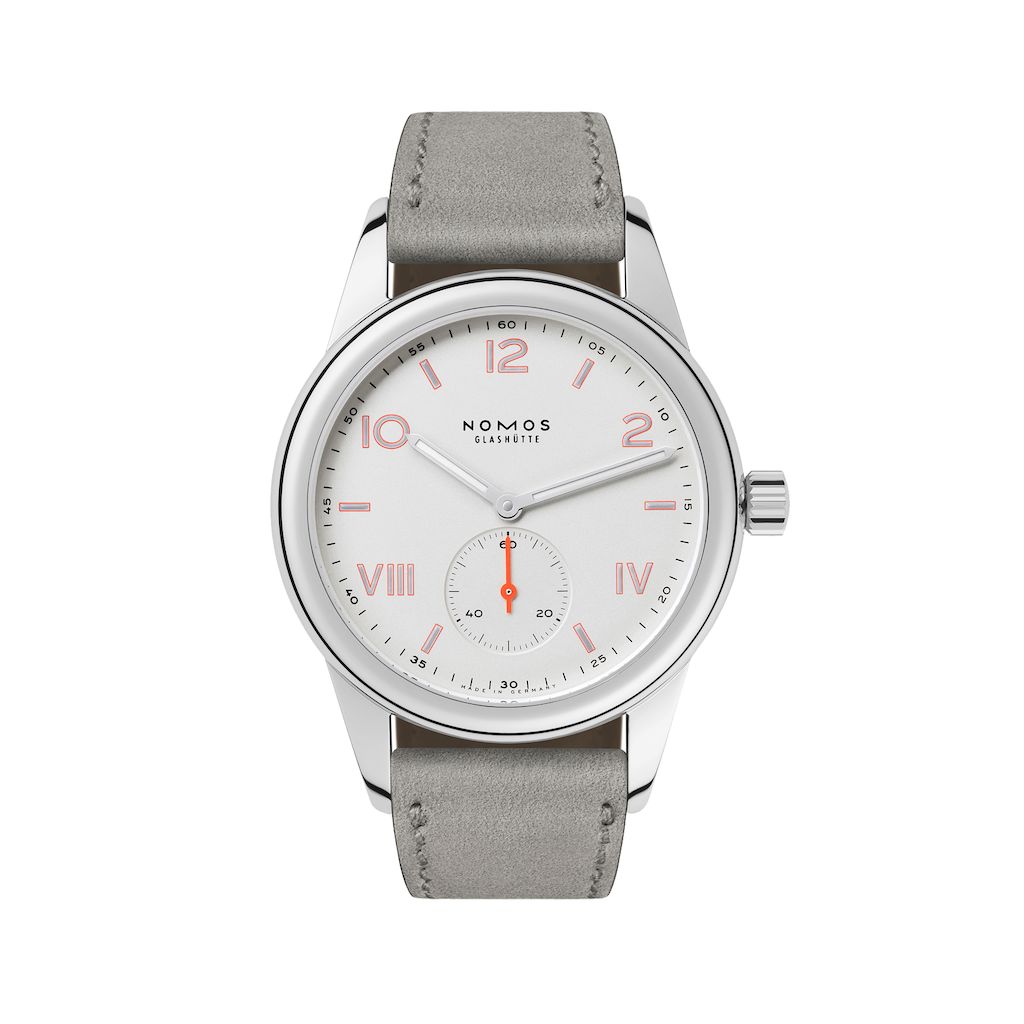 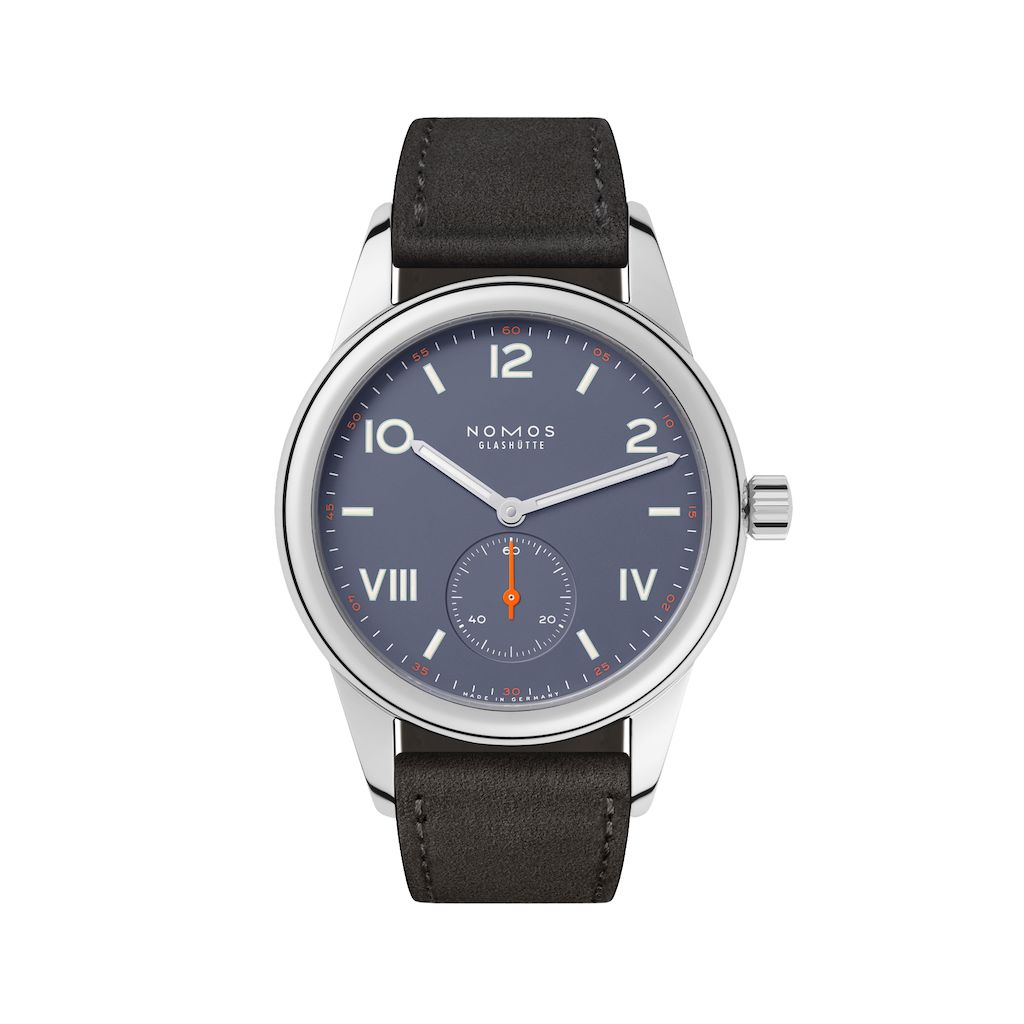 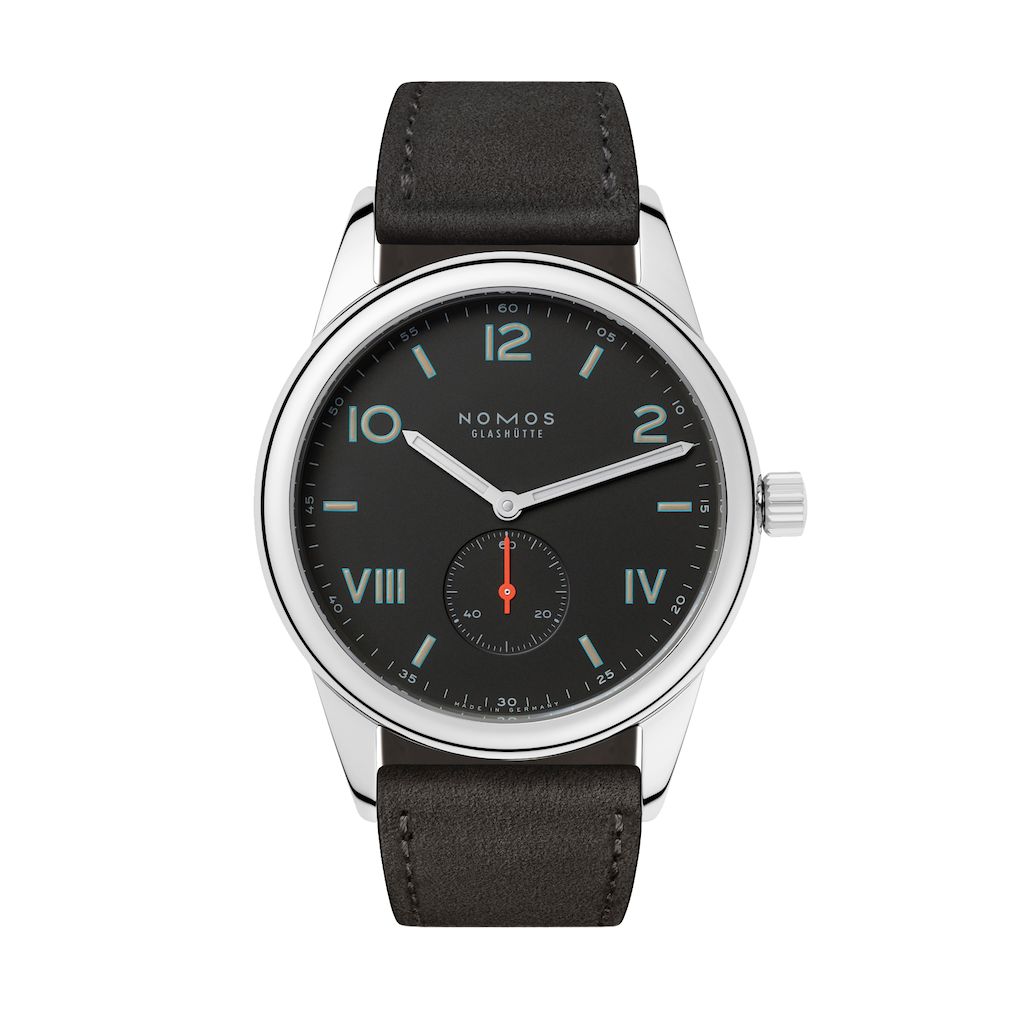 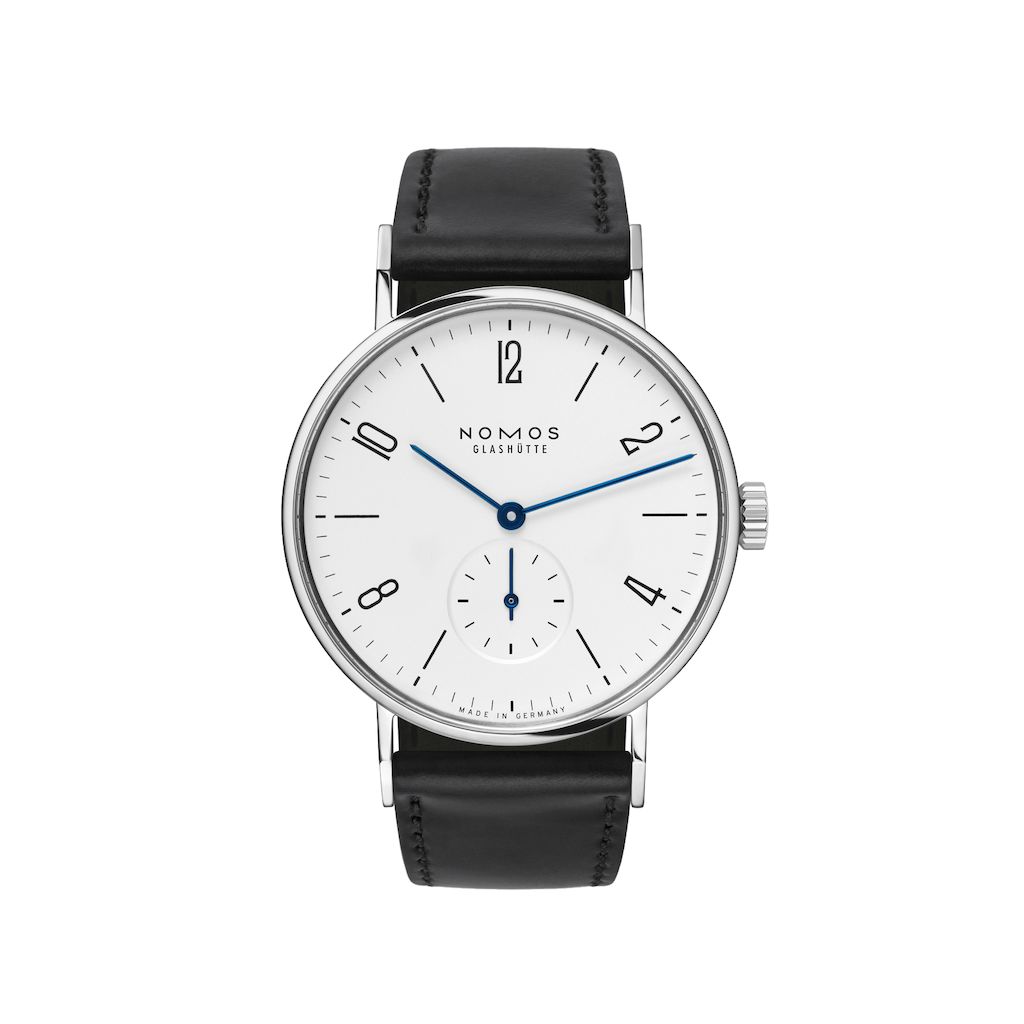 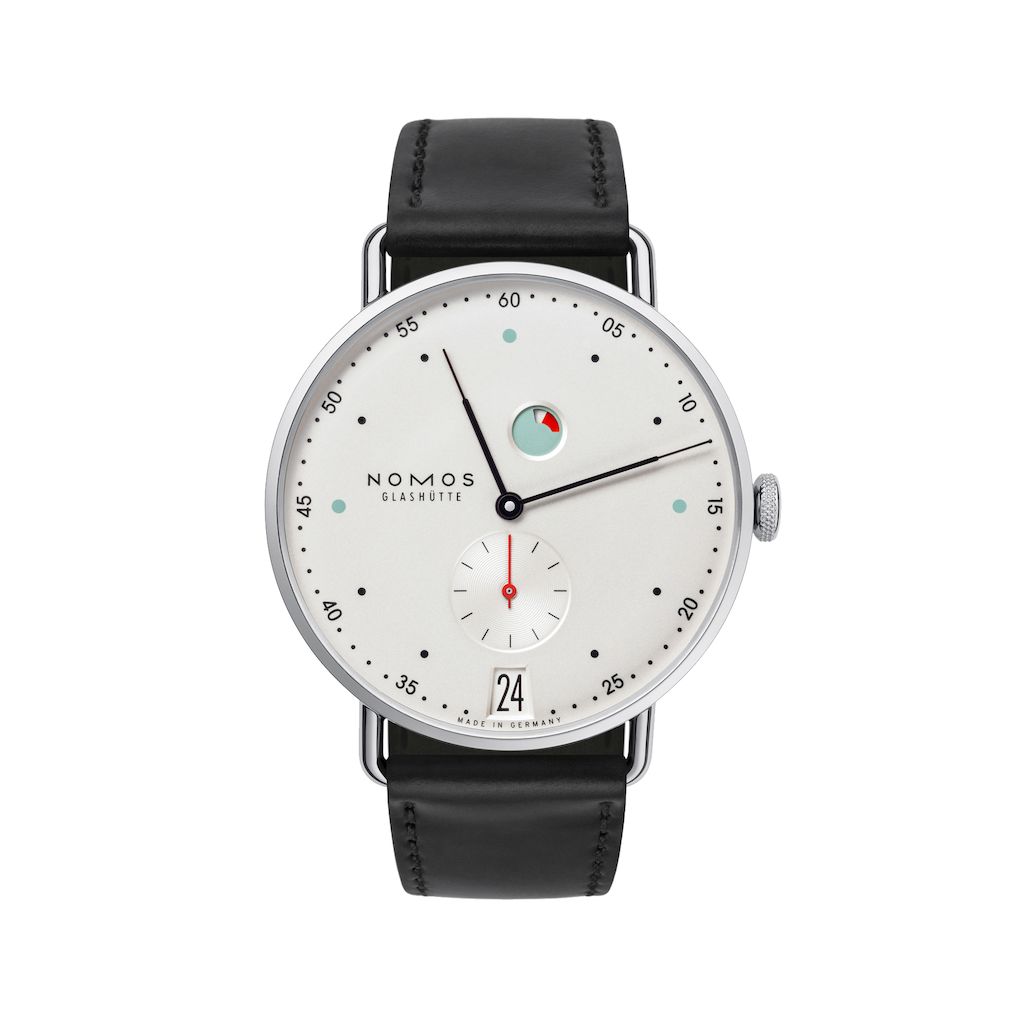 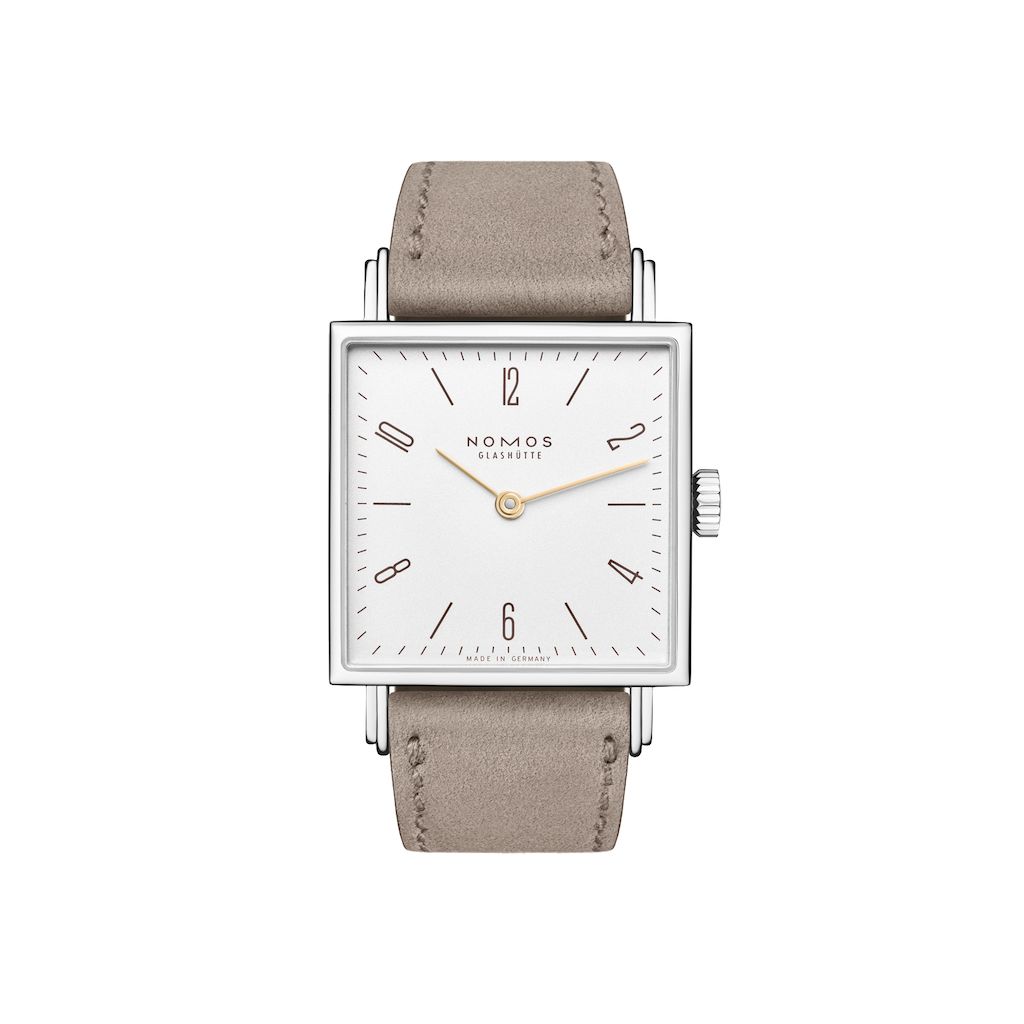 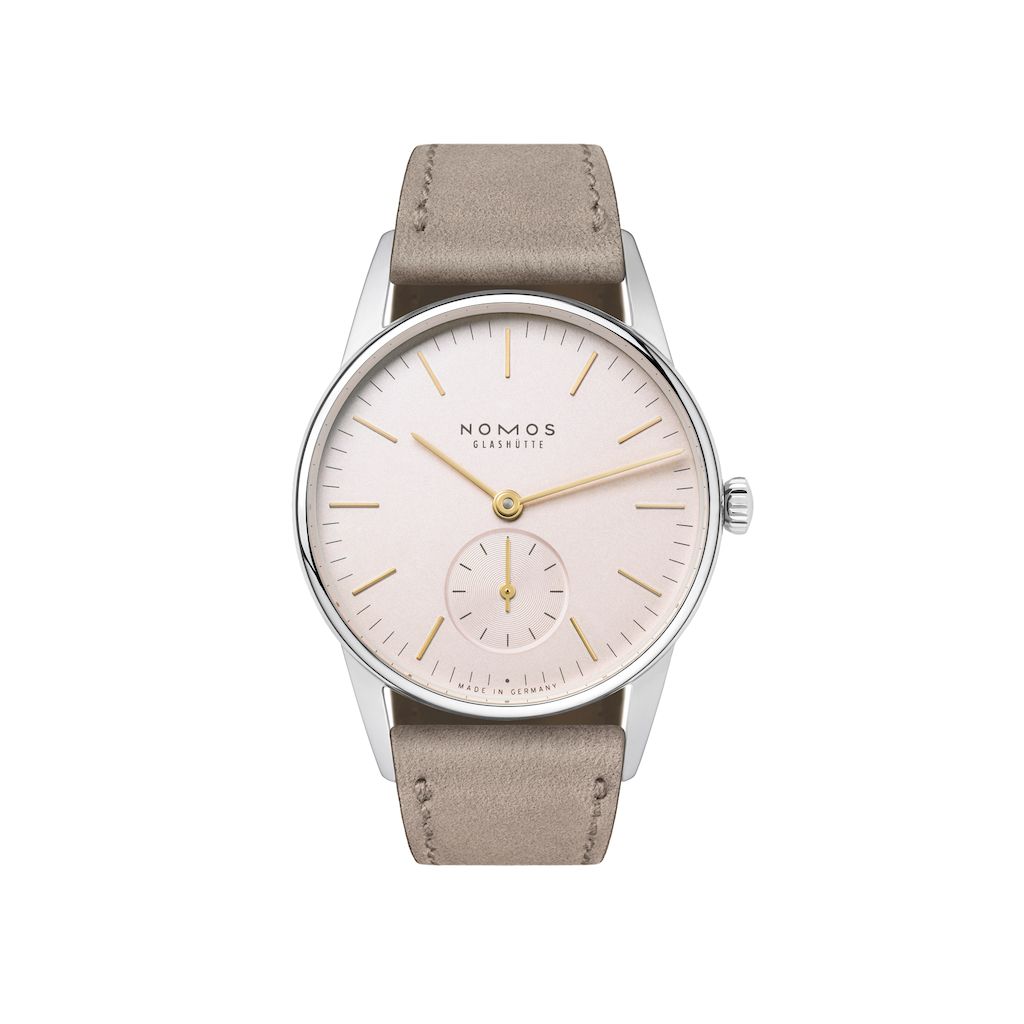 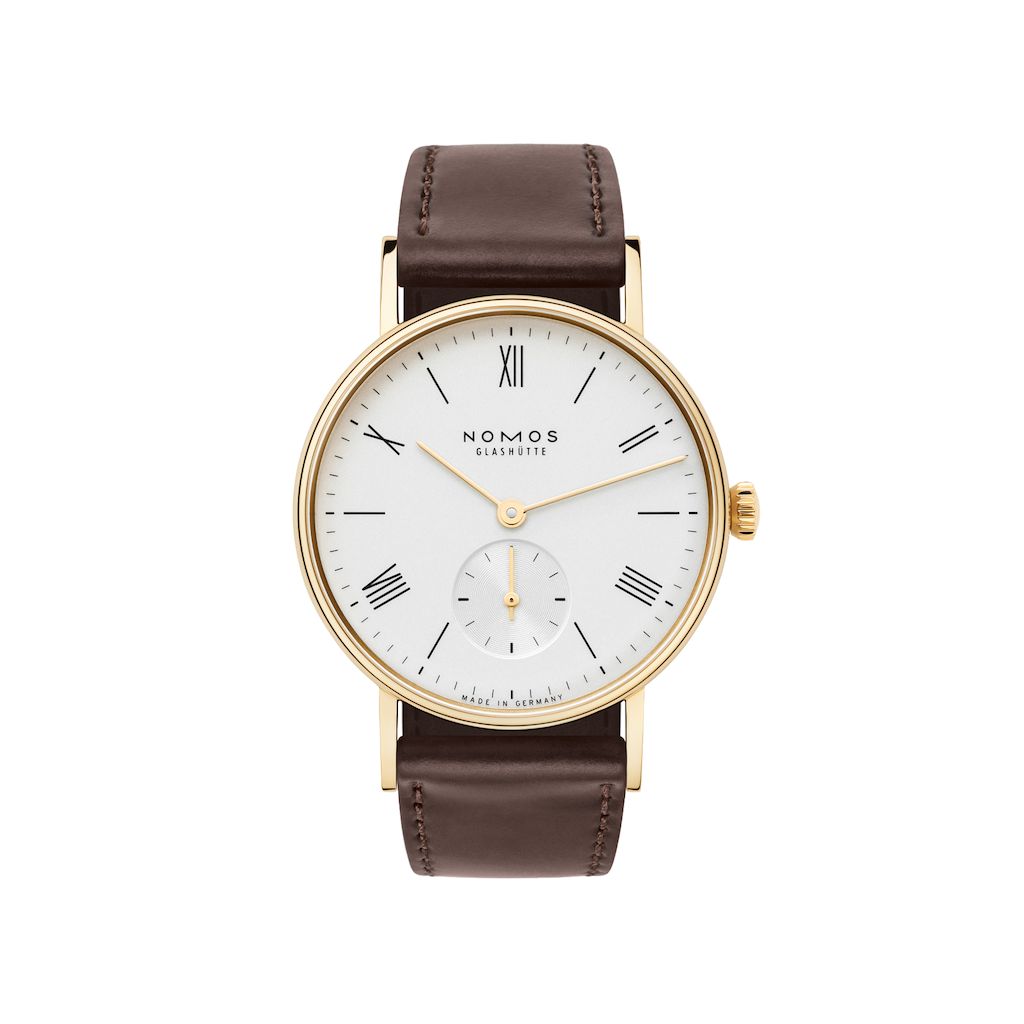 Mechanical watches always exhibit an element of tolerance as far as accuracy is concerned. This depends on the way a timepiece is worn, for example. Variations in temperature and air pressure, minor jolts and irregular winding can also have an influence.

Learn more about the accuracy of mechanical watches.

Like all mechanical watches, the accuracy of a hand-wound watch is determined by the precision of its caliber – specifically the pace-setting part known as the escapement.

Learn more about the caliber of a hand-wound watch.

A well-made manual timepiece can be maintained indefinitely. All mechanical calibers, whether hand-wound or automatic, require occasional servicing by a watchmaker. During these inspections, worn parts are replaced and the watch oil lubricating the mechanism is refreshed. As mechanical watches are powered by calibers comprising of many individual parts, these can be exchanged as required—meaning that hand-wound watches can nearly always be repaired and brought back to full working order.

For any mechanical watch, there are a few things that are worth noting.
Specifically for hand-wound watches, please also note:

Like all NOMOS timepieces, our hand-wound watches are designed and built in-house—and powered by a mechanical caliber that is similarly designed and built in-house. Even in the world of fine watchmaking, this combination is rare. The result is that mechanical timepieces from NOMOS are Glashütte through and through, and the result of a great deal of watchmaking know-how.

A hand-wound watch from NOMOS Glashütte offers a combination of award-winning modern design and traditional mechanical craftmanship from Glashütte, Germany. It is also a long-lasting object that is sustainably produced using high-quality materials—such as stainless steel, 18 kt gold, sapphire crystal glass, and Horween Genuine Shell Cordovan leather. In short, it is an investment that will stand the test of time. 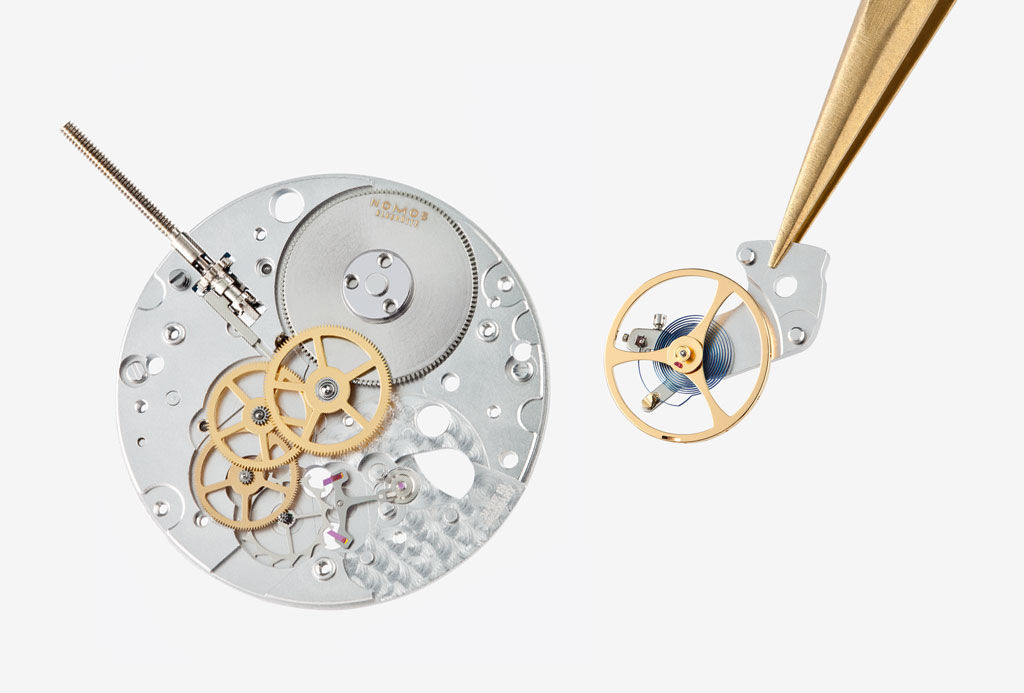 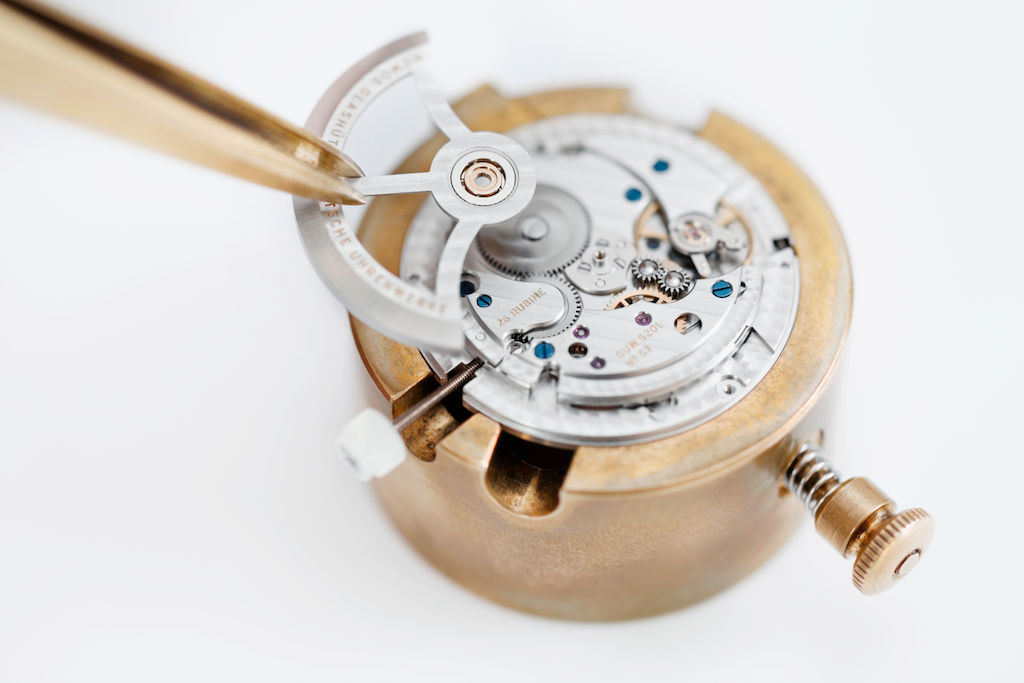